What is Augmented Reality (AR)?

Augmented reality (AR) is an interactive 3D experience that combines a view of the real world with computer-generated elements.

AR differs from Virtual Reality because VR is an entirely self-contained computer environment, while AR layers computer elements between real objects in real-time.

Here's an introduction to AR and some common applications for the technology.

Augmented reality, commonly called AR, is an interactive 3D experience that combines a real-time view of the real world with computer-generated elements.

What do you need to know about augmented reality aka AR?

Augmented reality can figure in many ways, for instance through AR glasses that combine the view of the immediate surroundings with computer graphics, or on a smartphone display that does the same using the phone's camera to see and manipulate the world in front of it.

How does augmented reality differ from virtual reality?

They may seem like similar technologies - and they certainly have similar acronyms - but they are fundamentally different. Virtual reality (VR) creates a completely synthetic virtual world. As a user, you are placed in a 3D environment and can then move and interact with completely computer-generated elements.

AR, on the other hand, keeps you grounded in the real world and overlays virtual elements as a visual layer in that environment. Immersive AR systems can combine computer elements with real-world elements with convincing depth, perspective, and other rendering characteristics, and the AR system will understand the real environment well enough to be able to place relevant synthetic elements "in front of" and "behind" real objects and otherwise be able to interact with the real world in a meaningful way.

Where is augmented reality used?

The value of AR is in the way it can interpret, manipulate and enhance the view of the real world in real-time. For example, here are a few ways AR can be used and is actively being used:

Perhaps the most important application of AR for most users will be in retail applications, especially “try before you buy”. Due to the Pandemic situation, many sellers had to go online and teach their customers to shop online. This brings with it barriers to online shopping, the biggest of which is the inability to see the product with your own eyes. AR already allows customers to see how products will look in their own homes before they buy them, which strongly helps to complete the purchase.

At the same time, augmented reality for e-shops is not something inaccessible. Thanks to our software, you can have augmented reality on any website within a few days and without the need for any application. Thanks to augmented reality, e-shops increase the conversion rate and the associated sales. Take a look at our AR models HERE. You can also use our contact form for a free consultation.

Try AR on your phone too!

Business directory app Yelp was an early adopter of AR with the now-discontinued Monocle feature. Monocle overlaid information about local businesses when viewing the immediate area on the phone's display. The labels showed where nearby restaurants were located, along with basic information such as how far they were. It's a variation of a head-up display (HUD) — Mercedes-Benz, for example, is introducing a car that overlays navigation information on the windshield, helping you drive without looking off the road. 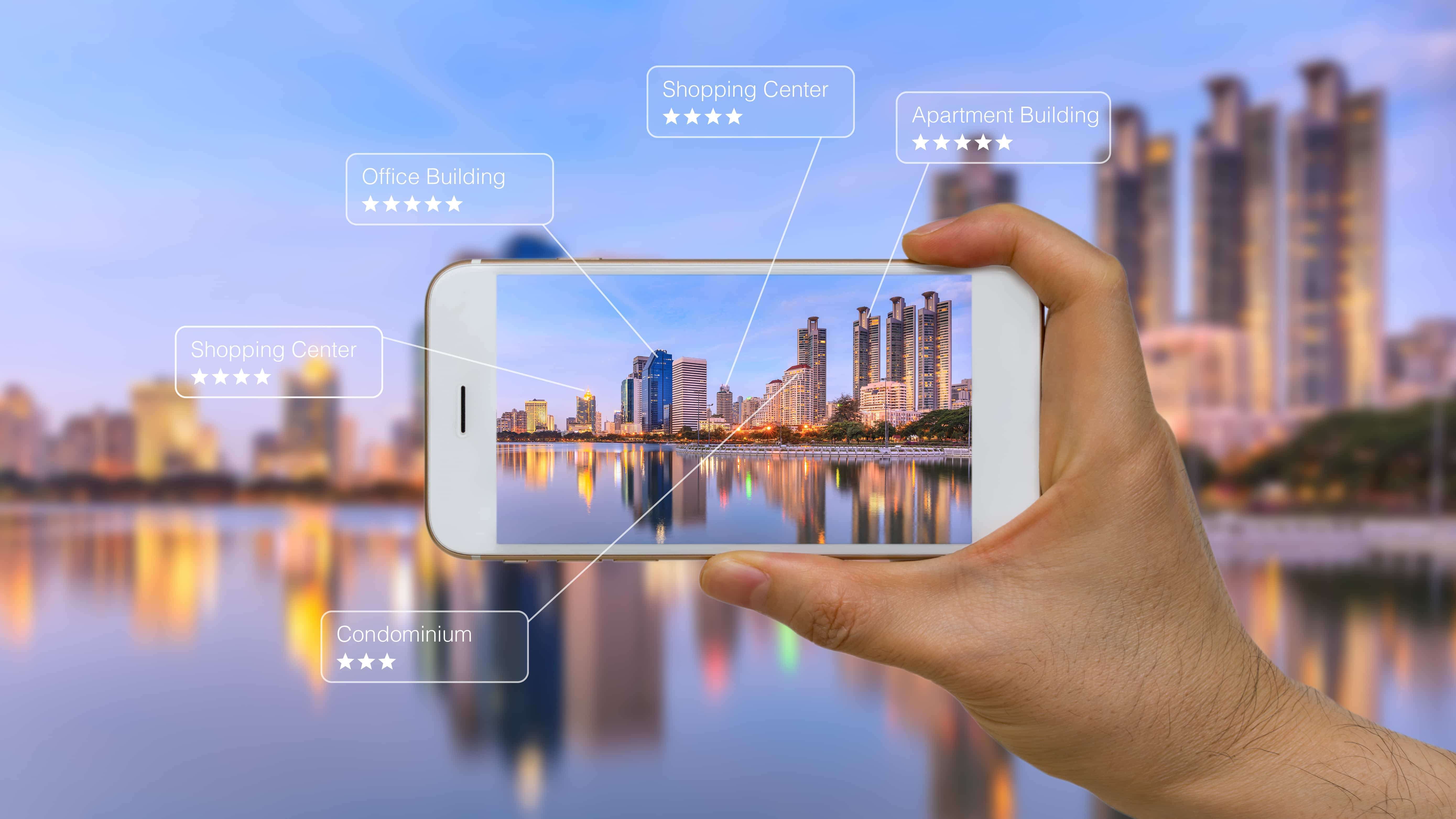 AR is finding its way into the curriculum to improve traditional learning methods. For example, textbooks can be marked with codes that, when scanned with a smartphone, can display additional content or 3D visualizations.

AR has great potential in the coming years to significantly reduce reliance on physical technical manuals while improving productivity by overlaying relevant information in the worker's field of vision while performing maintenance or other tasks. Sufficiently advanced AR systems will not only understand the context and display the correct information, but help identify components and workflows with highlights and overlays. BMW, for example, is doing exactly that with a pilot program using AR on the assembly line.

AR also has great potential for entertainment. Magic Leap, for instance, is an AR development company that has reportedly spent more than $2.6 billion developing AR glasses and an AR technology platform, yet is still able to attract additional investment without having a commercial product. On a more accessible platform – smartphones – TikTok recently introduced branded AR effects that users can add to their videos. This is undoubtedly just the beginning of the race to create ever more immersive AR experiences that blur the lines between the real and the virtual.

We cooperate with these companies